The late Chuck Gee, who served as the longest dean of the School of Travel Industry Management (TIM School) from 1976-99, left his beloved school an estate gift that will ensure that future generations of students are able to pursue an education in the tourism and hospitality industry.

TIM alumni, faculty and staff gathered with Gee’s niece, Karen Chong and her husband Rod, on Dec. 6 in the TIM School’s Sunset Reference Center to celebrate his life and his legacy.

“During his 23 years as dean, Dean Gee touched the lives of many students, alumni, travel executives and government leaders with his dedication and enthusiasm for the tourism and hospitality industry,” said Shidler College Dean Vance Roley at the gift celebration.

The $1 million estate gift will create two endowment funds at the TIM School totaling $625,000; another $150,000 will be shared between the College of Arts and Humanities, the Cancer Center and the Institute for Astronomy; and the remaining $225,000 will be used to establish and maintain a TIM School display.

“With his gift of $225,000, we will be able to showcase the history of the TIM School and the impact of the school on the growth of the tourism industry in Hawai‘i,” said Roley.

Gee retired from his position as dean of TIM School in 1999. He personally took the TIM School to global stature by attracting international students and partnering with tourism organizations throughout Asia and the Pacific Rim. Gee was a prolific researcher and published more than 30 articles and 10 books dedicated to the development and management of the tourism and travel industry. He also dedicated time to serving on local, national and international boards.

Among the many accolades received for his work, Gee was named the Pacific Asia Travel Association’s prestigious Gallery of Legends in 2005; received a Lifetime Achievement Award from the president of Taiwan in 2011, was the first recipient of the Hawai‘i Lodging & Tourism Association’s (HLTA) Legacy Awards in 2019, was named by the Honolulu Star-Advertiser as one of the 100 people who made a difference to Hawai‘i in the 20th century and was honored with the Regents Medal of Distinction honor from the UH Board of Regents in 2019. 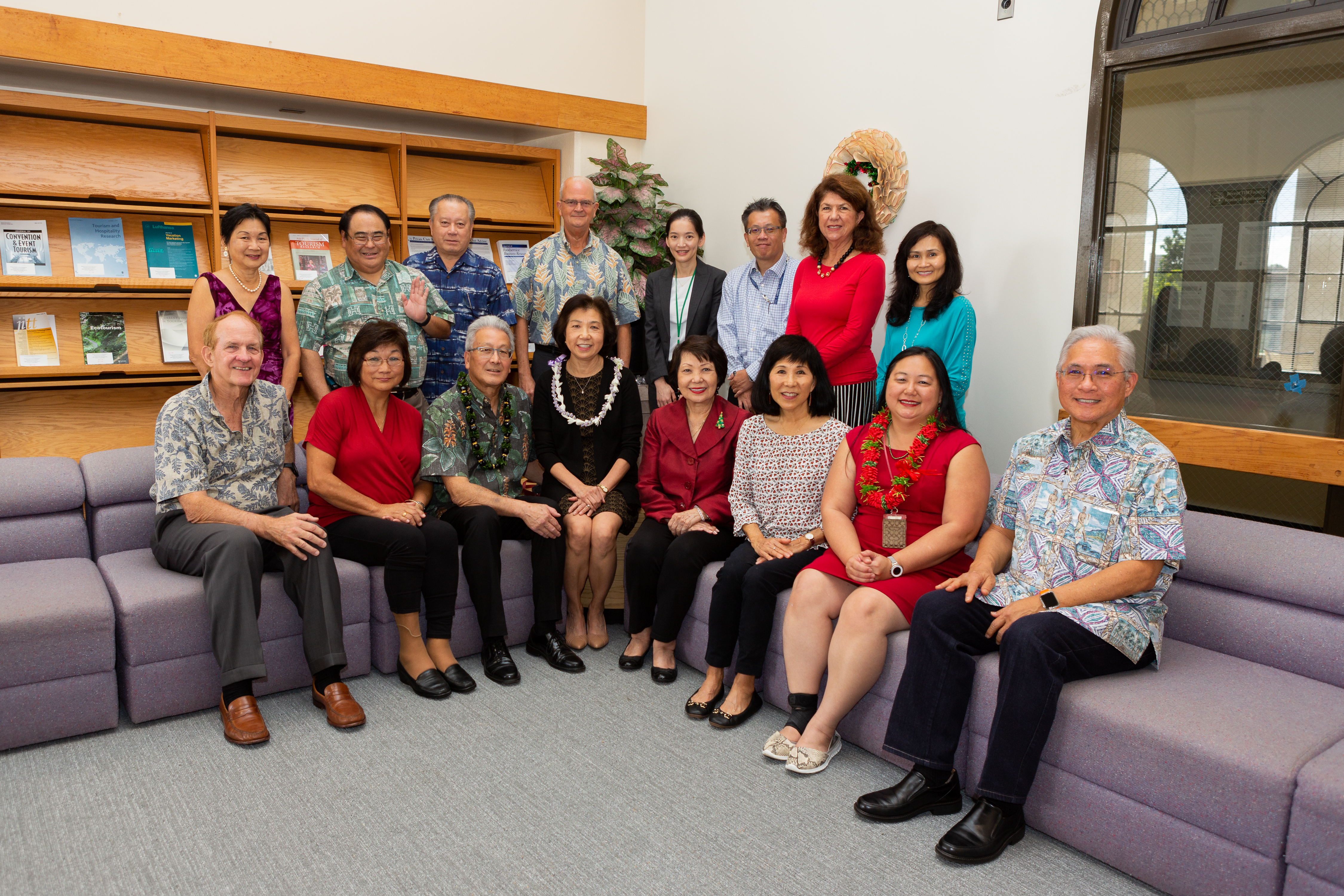 Alumni, faculty and staff gathered with Dean Gee's niece, Karen Chong and her husband, Rod, to celebrate the life and legacy of Gee on Dec. 6.