This year's event will be held online.

Please note that this event is contingent upon current state and city restrictions.

For your safety, the Shidler College of Business has implemented COVID protocol event modifications, in accordance with current City and County guidelines.

While we cannot gather, we have some fun activities in store, including the chance to win 80,000 miles courtesy of Hawaiian Airlines! Guests must be present on the webinar for the opportunity to win this amazing prize.

Below is the general schedule of events: 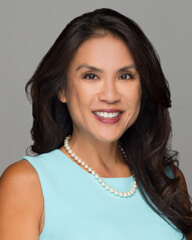 Sherry Menor-McNamara was appointed president and chief executive officer of the Chamber of Commerce Hawaii in 2013. She joined the Chamber as director of business advocacy in 2006 and was promoted to vice president, then senior vice president of business advocacy and government affairs. She was later promoted to serve as the organization’s chief operating officer, prior to her current role.

Under her leadership, the Chamber won the 2018 ACCE State Chamber of the Year, and in 2019, two national Council of State Chambers awards.

Sherry is the youngest and first female president and CEO in the organization’s 172-year history, as well as the first Asian to lead a State Chamber of Commerce in the nation. She has lived in several major cities, including Tokyo, New York, Washington D.C., Los Angeles and London and has worked for numerous organizations, including Sony Corporation and Estee Lauder Company; and for U.S. Sen. Daniel Akaka.

Sherry has received many career achievements and accolades over her career, including graduating from the Omidyar Fellows Leadership Program in 2016; representing the U.S. in the Korea Foundation’s Program for Distinguished Individuals in Economy in 2015; recognition as a “Top 10 People to Watch” by Pacific Business News in 2014; and being inducted as a laureate into the 2014 Class of the Junior Achievement of Hawaii Hall of Fame.

She received her juris doctorate from the UH Mānoa William S. Richardson School of Law and her master’s in business administration from Shidler College. She also pursued graduate study in public administration at the University of Southern California and holds a bachelor’s degree in political science from the University of California at Los Angeles. Sherry was born in Tokyo and raised in Hilo, Hawai‘i, where she graduated from Waiakea High School. 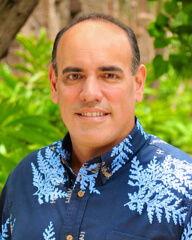 Elliot Mills is the vice president, hotel operations for Disneyland Resort and Aulani, a Disney Resort & Spa. In his role, Elliot oversees all operations for the Disneyland Hotel, Disney’s Paradise Pier Hotel and Disney’s Grand Californian Hotel & Spa in Anaheim, California, as well as Aulani, a Disney Resort & Spa, in Ko Olina.

Elliot is a true pillar in the Hawai‘i travel industry, having worked in resort management for more than 25 years. Prior to joining Disney, he was the general manager of the Kaua‘i Marriott Resort. He also held various executive and resort management positions on the islands of Kaua‘i, Maui and O‘ahu.

Elliot began his career at Disney in 2010 as an integral leader in the opening of Aulani Resort, helping to develop the culture and values in which Aulani Resort’s cast members thrive. The resort flourished under his steadfast leadership, receiving several prestigious industry awards including the Travel + Leisure 2017 World’s Best Hotels and Resorts for Families and Conde Nast Traveler 2017 Readers’ Choice award for Top Resorts in Hawai‘i.

He gives back to the Hawai‘i community through service as a board member for Hawai‘i Pacific Health, HMSA, Hawaii Visitors and Convention Bureau and Hawai‘i Community Foundation. In 2017, Elliot was appointed to the board of trustees for Kamehameha Schools.

Elliot holds a bachelor’s degree in travel industry management from UH Mānoa and completed the Cornell Hospitality Management General Managers Program. Elliot was born in Hilo on the Big Island of Hawai‘i and is a graduate of Saint Joseph High School. 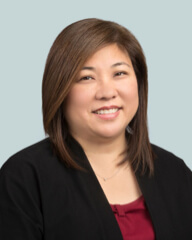 Shannon, a “20 for the Next 20” Hawai‘i Business Magazine honoree, has skillfully steered the carrier’s finances during the challenges of the COVID-19 pandemic. Looking forward, she wants Hawaiian to remain a financially strong carrier that continues to be an attractive workplace and whose products and services reflect the aloha and care inherent to Hawai‘i.

Shannon has a passion for giving back to the community, having previously served on the board of ‘Ōhi‘a Productions, a former nonprofit that provided creative, educational and inspiring theatrical experiences to children and families. She currently serves on the board of directors for the Honolulu Japanese Chamber of Commerce and the executive leadership team of the American Heart Association. Shannon is also an appointee to the State of Hawaii Workforce Development Council and sits on the board of Island Insurance Company.

A certified public accountant, Shannon graduated from the Shidler College at UH Mānoa, earning her bachelor’s in management information systems and accounting. She was raised on Hawai‘i’s Big Island and graduated from Waiākea High School in Hilo. 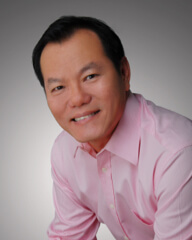 Anthony Wong is the CEO and founder of Creative Eateries in Singapore. To date, he has created 17 different restaurant concepts and two catering arms in Singapore, Malaysia and the Philippines. Creative Eateries manages four restaurant divisions that include Western, Thai, Japanese and Chinese concepts that spread over 44 outlets. The company is known for its ability to create innovative concepts while adapting the existing brands to the current market conditions and staying relevant to the ever-changing consumer demand.

With 36 years of experience under his sleeves, Anthony is a prominent player in Singapore’s F&B scene. He started his career at the Hyatt Singapore as a corporate management trainee in 1984. He stayed with the Hyatt Singapore, rising to become assistant director of F&B before relocating to open Grand Hyatt Taipei in 1989. He ended his hotel career as F&B executive assistant manager at Hyatt Aryaduta Jakarta in1990.

Anthony recently celebrated the opening of his newest eatery, Barossa Bar & Grill and was the recipient of the 2021 Angliss Singapore Restaurateur of the Year by the World Gourmet Summit.

His community service work includes Crossing Café, an initiative he co-founded that aims to provide restaurant employment for socially marginalized individuals, serving as president of the Catholic Business Network (CBN), serving on the board for the Restaurant Association of Singapore (RAS) for two terms and serving as a member of the SAFRA board of governors.

Anthony earned his bachelor’s in travel industry management at UH Mānoa. He was born and raised in Singapore. After attending junior college and before attending UH Mānoa, he served in the National Service in the Singapore Armed Forces for two and a half years, where he trained in officer cadet school and then served as an artillery officer. 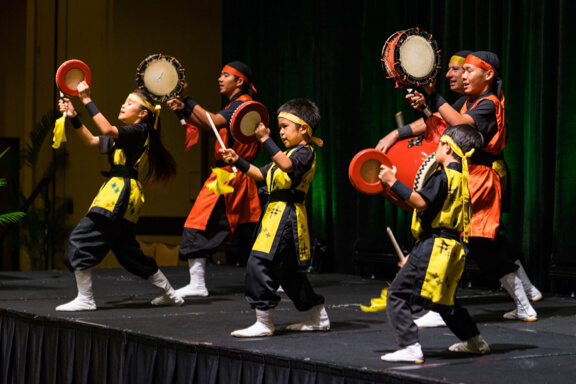 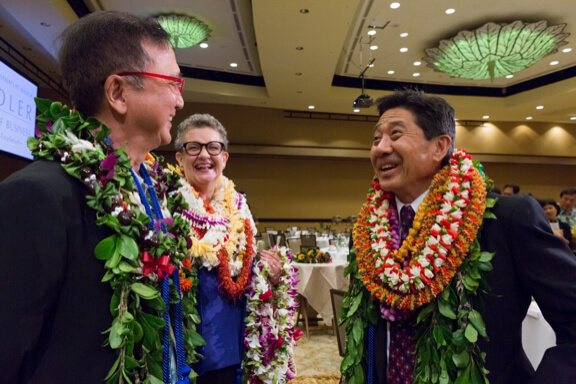 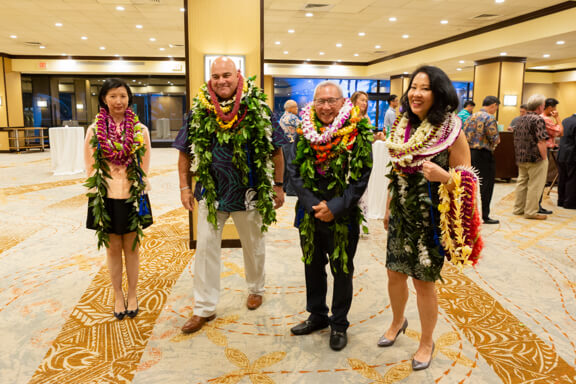 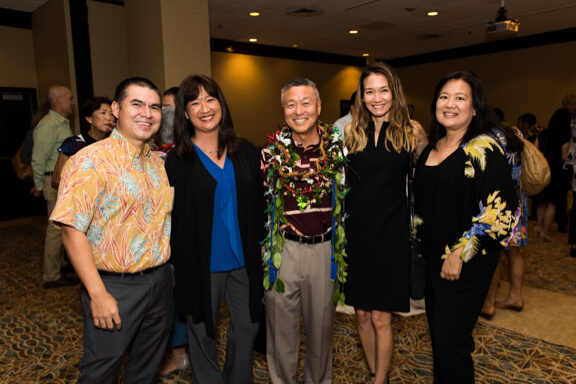 Support your alma mater by making a gift. Your contribution, regardless of size, makes a difference.

Mahalo to Our Sponsors

Mahalo to the 2021 Hall of Honor Awards sponsors. The funds raised tonight by the Shidler College of Business Alumni Association will support the Shidler Advancement Fund.