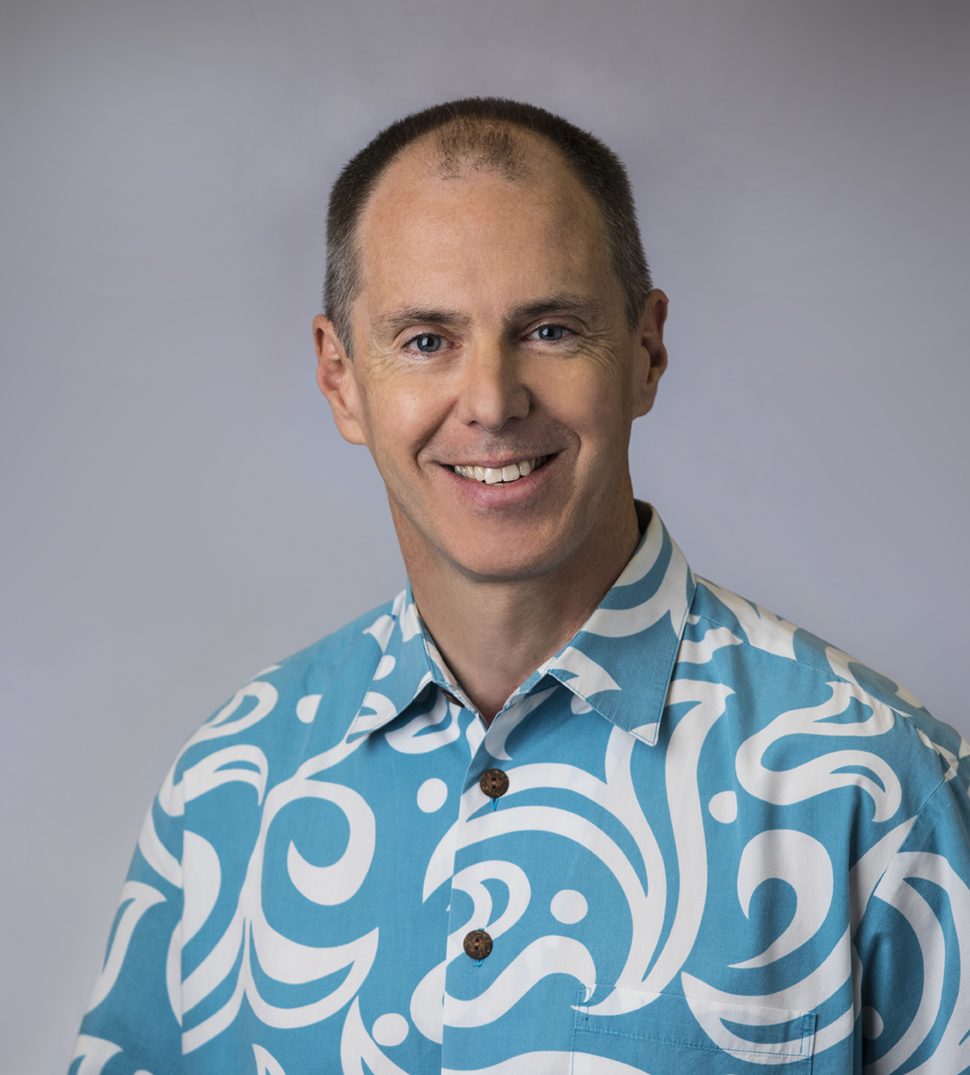 Chris Benjamin is this year's speaker

Join Us for Our Annual Flores Real Estate Lecture

THURSDAY, SEPTEMBER 10, 2020
6–7:30 p.m.
Virtual via Zoom
Zoom link will be sent in e-mail confirmation once registered

This year's talk features Christopher Benjamin, president and chief executive officer at Alexander & Baldwin. He will speak about "Repositioning A&B After 150 Years: Twists, Turns and COVID-19."

This event will be moderated by A. Kam Napier, editor-in-chief of media partner, Pacific Business News.

Chris Benjamin has been president and chief executive officer of Alexander & Baldwin (A&B) since 2016 and had previously been president and chief operating officer of A&B (2012-2015) and president of A&B Land Group (2011-2012). He has overseen the repositioning of the company’s real estate business, including the migration of its U.S. mainland portfolio to Hawai‘i. Benjamin also served as A&B CFO from 2004 to 2011 and as general manager of Hawaiian Commercial & Sugar Company from 2009 to 2011. He first joined A&B in 2001.

Benjamin holds a bachelor’s degree in economics from the University of Michigan and a master’s degree in business administration from Harvard Business School. He and his wife, Melissa, met at graduate school and returned to Honolulu, her hometown, in 1992 to raise their two daughters.

Benjamin served as the chair of Hale Kipa’s Capital Campaign and sits on the boards or advisory boards of many organizations, including Catholic Charities of Hawai‘i; the Nature Conservancy of Hawaii; Hawaii Agricultural Research Center; University of Hawai‘i Shidler College of Business; Hawaii Business Roundtable; and CFA Society Hawaii.

Sponsored by Eddie & Elaine Flores, Jr.
Eddie Flores, Jr. has distinguished himself as a successful entrepreneur, educator, philanthropist, and community leader. He is chairman of L&L Drive-Inn/L&L Hawaiian Barbecue and founder of the Eddie Flores Real Estate School and Sun Pacific Realty. In 2007, Eddie and his wife Elaine established a $1 million endowed scholarship at the college which has provided over 220 scholarships to top business students. Eddie helped to establish the Filipino Community Center and Chinatown Community Center, and authored articles and books on real estate and investment. His accomplishments led him to win over 20 local and national awards. A 1970 graduate of the Shidler College of Business, Eddie was inducted into the college’s Hall of Honor in 2005 and was honored as a UHAA Distinguished Alumni in 1999. Established in 2017, the annual Real Estate Lecture Series is a testament to Eddie’s passion for real estate.