Grace's success in the energy industry began when she decided to pursue her life-long passion for building and creating. She and her husband Ty purchased S.E.T. - Pacific, Inc. in 2010, and shortly thereafter Grace took on the role of president and sole owner of the company. Under her leadership, S.E.T. - Pacific, Inc. has become a major force in creating a more efficient and integrated electrical system for Guam and the Western Pacific region.

“I always wanted to challenge myself by not being satisfied with the status quo," stated Grace in a Guam Business Magazine article. "I wanted to prove to myself that women in construction can succeed in such a male-dominated industry.” 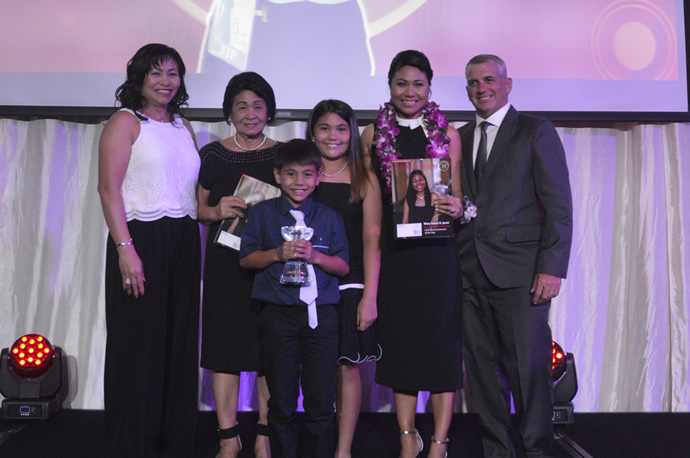 Mary Grace Jacot (second from right) pictured with her family at the Businesswoman of the Year gala in April. Photo courtesy of Guam Business Magazine