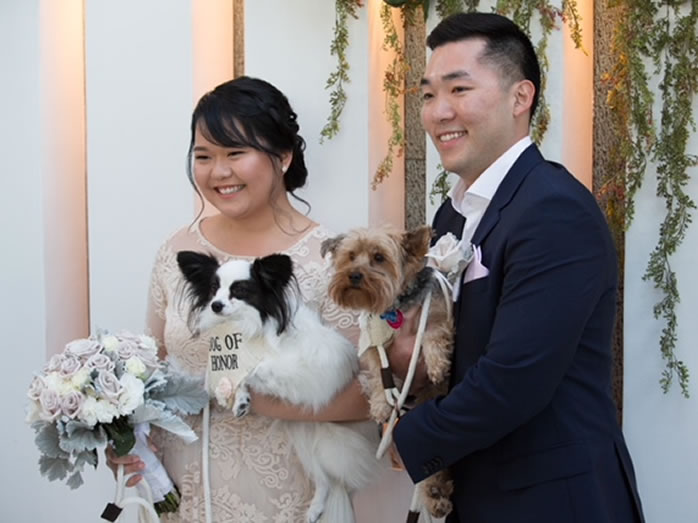 Best wishes to Jarenn Nagaishi-Choi (BBA 2013) and Bryson Murakami (BBA 2013) upon their recent marriage. Bryson and Jarenn tied the knot on February 16, 2018 in Los Angeles.

"Got married on our 5-year anniversary which happened to be Lunar New Year - Year of the Dog! We had our wedding in LA, reception in Honolulu, and honeymoon in Tokyo and Seoul in addition to staying at Aulani," shared Jarenn.

Since Jarenn started working at Disney in June 2017, the couple has been to Disneyland over 20 times. "Later this year we will be going to Walt Disney World in Florida and back to O‘ahu for Bryson’s 10-year high school reunion (Waipahu grad). We also just bought a home in LA and are settling in there."

Bryson is a consultant for the global software company Infor. Jarenn is an HR business partner for The Walt Disney Company.